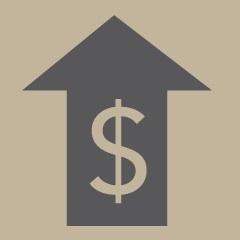 In this third part of a series about body language that impacts salespeople, we focus on interpreting the thumb and finger rub and take a look at what clenched hands mean.

Rubbing the thumb against the fingertips or against the index finger is commonly used as a money expectancy gesture. Some salespeople use it while saying to their customers, “I can save you 40 percent.” It is also customary to rub the index finger and thumb together and say to a friend, “Lend me ten dollars.” It is not suitable gesture during negotiations and is obviously a sign that should be avoided at all times by professional people when dealing with clients.

At first this seems to be a confidence gesture as people who use it are often smiling and sound happy. Research on the hands-clenched position concludes that it is a frustration gesture, signaling that the person doing it is holding back a negative attitude and is somewhat frightened. The gesture has three main positions; hands clenched in from of the face, hands resting on a desk or on the lap when seated and thirdly, hands placed in front of the crotch when standing.

Like all negative gestures, some action needs to be taken to unlock the person’s fingers to expose his palms and the front of his body, or the hostile attitude will remain. In these cases, it would be wise for the salesperson to hand something to the client; a book or pamphlet, causing the client’s clenched hands to drop as he picks up the object and thus become more open in his body language.

This is the third in a series. Read Part 1 and Part 2.