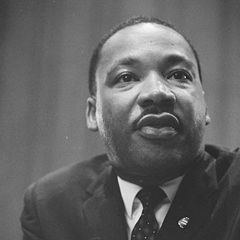 We have looked at using vivid descriptions and leveraging metaphors and analogies in previous posts. Continuing my look at using the power of language in your communications, declarations are a simple way to avoid over complicating your narrative. People are often very passionate about their ideas and therefore use wordy explanations. Imagine…

Martin Luther King saying, I have a strategic plan that will enhance our competitive opportunities, instead of I have a dream.

Thomas Jefferson writing a colonial white paper instead of the Declaration of Independence.

I want you to make declarations. This is a simple way to not over complicate your narrative. We have all met people who are very proud of their idea but then over complicate their explanations around it. Even if they have the next great idea, it gets lost in translation. Keep it short and sweet!

Looking again at Martin Luther King’s I Have a Dream speech, throughout every part he used passionate language. His opening line was…

I am happy to join with you today in what will go down in history as the greatest demonstration for freedom in the history of our nation.

No one can question the intensity of his language or the authenticity of his conviction. His idea was not just good, or even great. It was one of the greatest in American history!

When delivering your presentations and telling your stories, you need to speak with a Martin Luther King level of intensity and conviction. You’ll want to become your organizations own “go-to guy” or “go-to gal.”