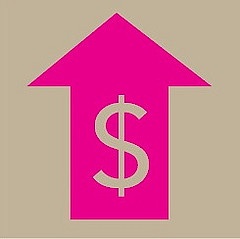 Fingertips in the steeple position is one gesture that can be understood and interpreted in isolation from other gestures. People who are confident, superior types or who use minimal, restricted body gestures often use this signal, and, by doing so, they convey their self-assured attitude.This is the second in a series about body language. Read part 1.

This fascinating gesture is frequently used in superior/subordinate interactions to indicate an assertive or ‘know-it-all’ attitude. Managers will use this position while giving instructions or advice to subordinates.

The gesture has two versions, the raised steeple, the position usually taken when the steepler is giving his opinions or ideas and is doing the talking. The lowered-steeple gesture is normally used when the steepler is listening rather than speaking. When the raised-steeple is taken with the head tilted back, the person tends to assume an air of smugness or arrogance.

Although the steeple gesture is a positive signal, it can be used in either positive or negative circumstances and may be misunderstood. For example, a salesman presenting his product to a potential buyer may have observed several positive gestures (open palms, head up, body leaning forward) given by the buyer during the interview, then noticed the steeple position.

If the steeple follows a series of other positive gestures, appearing when the salesperson shows the buyer the solution to his problem, the salesman has been given a cue to close the sale and should ask for the order and expect to get it.

One thought on “Body language in sales: hands steepled – a positive or negative gesture”