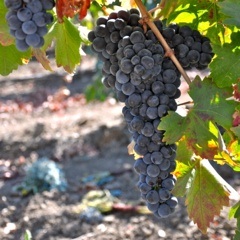 The best trade-show on earth, well that’s what our group called this past weekend at the Savor the Central Coast wine event near Paso Robles California. It offered rows of booths to visit and everyone wanted you to like their product the best – similar to a trade-show. As easy as it was for each seller to give away wine, the best storytellers were the winners.

I highly recommend this great event; any sales professional would enjoy a day of asking wine makers, “How did you get into wine making? Where did the name of your winery come from? What are your favorite wines?”

These are passionate business owners who know their products well and understand their stories are as important to their brands as the quality of their wines. The owners of The Missing Leg are a great example. I met the winemaker’s wife at the booth and she heard my questions, quickly engaged me, made eye contact and began to tell the animated story of how they named the winery.

With excitement she described her husband, Karl Wicka, and how he grew up in a house with a lot of memorabilia from an English Pub. As the story progressed she picked up a few rusty devices and put them in my hand. As I looked over each of the knickknacks, not knowing their use, she explained, “My husband loved the trinkets and barware and would always ask his father to tell stories about the collection.” Most of the stories pointed to his father’s time spent in one specific pub named The Missing Leg. He would often tell his wife “if I ever start making my own wine, we’ll name it the same as my dad’s favorite pub.”

Karl makes some fine wine for a large prominent winery but now he also makes a fabulous Syrah under The Missing Leg label. As the story was being told, one visitor after another engaged and took time to listen to the story and try the wine. Everyone signed up for the mailing list and wanted to know where to purchase the wine. Success!

Like most successful sales, the buyers were engaged in the above story. But, even when you are giving away wine, the story can hurt the sale if the storyteller does not connect with the audience. The event was put together by Sunset magazine; the wine editor made a great choice to organize a sampling of wines from another area – Washington.

The Wine Commissioner of Washington was obviously thrilled to be on stage, but I am not convinced anyone on stage had spent much time thinking about the audience. Yes, we heard why scientifically the Washington area is able to make great wine. But, presenting stats and facts to an audience anxious to try the product had people getting up and leaving the tent. It picked up a little, just a little when he finally suggested we could try the wine any time we wanted. A good story, not scientific facts would have engaged this audience.

Yes, wine making is complex and includes a lot of science. I learned some of these complexities from the winemaker at Clay House Winery about a year ago at the same event when he hosted a winemaker’s dinner. He talked about how the protons and neutrons react to each other. (Of course he lost me at protons.) This year I also learned he had lost that job.

While he was part of the team at Clayhouse where they make what I believe are two of best examples of a Grenache and Cuvee in the Central Valley, he could not connect with his customers. He loved to talk about the science, stats and facts. Now they have a winemaker who knows the science but can engage with customers and help them understand the shared passion everyone at Clayhouse has for the entire experience from farming to sipping.

It was a great event and a fabulous example of how we all engage with each other through stories and good stories drive greater engagement, which develops more easily into making a sale.