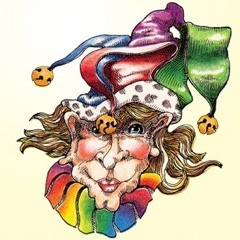 Have you ever felt like you were imprisoned in a meeting? Many people have. Most meetings in corporate America gather great minds around the table. The challenge is getting everyone’s ideas to surface in order to move to consensus and take action!

Millions of people are locked down in time-wasting get-togethers each and every working day. Just this week, I was introduced to a great off-the-shelf tool that will help you take charge and change the meeting culture in your company. You can be the hero who unlocks people’s opinions and harnesses the knowledge of group thinking.

I was headed into a meeting with a group of people who had all been trying to solve a major financial issue in their company that had existed for as long as anyone could remember. This issue often came up as the #1 problem that, if solved, would catapult the company to new heights of growth and profitability. Many had gathered to discuss the issue in the past, and the problem’s complexity often resulted in only band-aid solutions. Sound familiar?

This time was different, the meeting facilitator brought in Roger von Oech’s Creative Whack Pack. It’s a crazy name, which was appropriate; we needed a crazy new way of looking at the root causes of this situation. The Whack Pack is a pack of cards with interesting quotes on each card to encourage innovative thinking. Every meeting attendee is given a card and they can play it at any point in the meeting.

My card was called “Drop an Assumption.” The quote read, “Columbus challenged the Spanish courtiers to stand an egg on its end. They tried, but failed. He then hard-boiled one and squashed it down. ‘That’s not fair,’ they protested, ‘You broke the rules.’ ‘Don’t be silly,’ he replied, ‘You just assumed more than you needed to. What can you let go of? What unnecessary assumptions can you eliminate?”

I played this card in the midst of a heated discussion about how to access real-time information from over 100 locations to make a decision. In the past, it was necessary to get this information to move forward. However, we found a new way to make the decision and streamlined the decision process.

Roger has also developed Innovative Whack Pack. I suggest picking up both sets of cards for the next meeting you will be facilitating. This is great way to drive creative thinking in your meetings, and the action of playing the card and stopping the meeting makes for a fun meeting dynamic.

Keep up-to-date with Fast Track Tools by subscribing to our blog, via Twitter @fasttracktools and join our Facebook community!