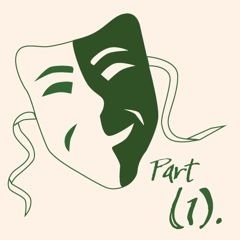 President Barack Obama exacted his revenge last weekend after weeks of attacks from his would-be Republican challenger Donald Trump, joking that the billionaire businessman could bring change to the White House, transforming it from a stately mansion into a tacky casino with a whirlpool in the garden. If you have not seen it, watch it on YouTube. Everyone who has to speak should learn how to infuse presentations with a little humor. Inducing the laughter of recognition in your audience will make them remember you for all the right reasons!

Here are some tips on adding humor to public speaking:

A humorous story or a good joke right at the beginning puts the audience at ease and gets their attention. If your topic is dry or serious — but not too serious so that humor would be inappropriate — a dose of humor will be even more appreciated, especially because the audience doesn’t expect it.

Here are some ways to get them laughing at the start:

2. Go for humorous anecdotes rather than jokes

“So these two Irishmen come out of a bar. . . Hey, it could happen.” (Joke attributed to Walter Matthau.)

You can almost hear Matthau waiting during those critical beats between the set-up line and the punch line, making the joke that much funnier. But jokes demand precision timing and delivery to make them work.

Told ineptly, you can kill a joke fast. Humorous anecdotes are much heartier, and offer more leeway in the telling. This makes them a better bet for the non-professional humorist. You may be a great joke teller, and if so, go right ahead. But try your jokes out on folks beforehand to make sure you won’t be the only one laughing when you tell them.

3. Don’t try to make jokes about areas outside your expertise

If you are an insurance salesperson speaking to a group of nurses or architects, it can be tricky to try to inject humor about the nursing or architecture fields. Many professional speakers have flopped when they’ve tried to talk “inside baseball” to professional groups. This can also apply if you are a man speaking to an all-female audience, or vice versa. Tread gingerly on jokes about the opposite sex. They are probably not worth the risk.

Before you prepare your speech, talk to the organizer of the event so you understand who you are talking to and what makes them tick — or what might tick them off. An automotive trade show once hired a woman to do stand-up comedy, but she was so vulgar they yanked her right off the stage. This woman obviously had made no effort to know her audience. She also didn’t understand that vulgar doesn’t equal funny.

If you have any doubts about your material, test it with the event organizer to make sure it will fly with your listeners.

Keep up-to-date with Fast Track Tools by subscribing to our blog, via Twitter @fasttracktools and join our Facebook community!
photo by Katrina Snaps

One thought on “How to introduce humor in public speaking, part 1”