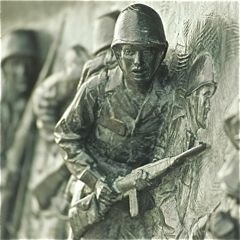 In business, we may tend to think of our competitors as “the enemy.” But, we rarely engage our competitors directly. Rather, we fight a two-front battle against forces that have the power to utterly destroy our ability and will to fight. Those forces are one, our customer, and two, ourselves. The customer can slowly whittle away our resources and stamina by constantly changing goals and objectives. As for waging war against ourselves, we face tight financial resources, misused personnel, overly and needlessly complicated processes, uneventful meetings and working at cross-purposes.

The combat analogy may ring true in particular disciplines or industries where you may be working with former or retired military personnel. Consider the most recent release of the U.S. Army Field Manual FM 3-0, which outlines the nine Principles of War. These principles, in one form or another, have been codified by major armies around the world. They present the modern war fighter with an arsenal of ideas aimed at securing victory on the battlefield. In business, these same principles can be applied to our activities to improve our chances of success.

This framework could be adapted to guide just about any business project. I would suggest downloading the manual and using it as a prop when using this analogy and presenting a plan in these nine stages. You could hand out a copy to everyone, but don’t expect everyone to read it. It is a strong theme that should get your team excited. You may want to dress in army fatigues or even better — get someone on you team with a military background to set the stage for a project that could be organized across these nine steps.

1. OBJECTIVE: Direct every military operation toward a clearly defined, decisive and attainable objective.

3. MASS: Concentrate the effects of combat power at the decisive place and time.

5. MANEUVER: Place the enemy in a disadvantageous position through the flexible application of combat power.

6. UNITY OF COMMAND: For every objective, ensure unity of effort under one responsible commander.

7. SECURITY: Never permit the enemy to acquire an unexpected advantage.

8. SURPRISE: Strike the enemy at a time or place in a manner for which he is unprepared.

The manual states “The principles of war are not a checklist. They do not apply in the same way to every situation.” The military endorses adaptability on the battlefield and this make the framework very flexible. This could also be used to drive brainstorming on a problem issue, you could organize breakout groups in these nine categories see how our teams can adapt the thinking to their problem.